If you’ve ever come across a promotion which stated something in the lines of having “only X minutes remaining until the offer runs out“, you’ve been lucky enough to see a prime example of how to use scarcity in marketing to drive more sales.

Scarcity is often used as a tool to get people to take action. (like whipping out their credit cards, for example) It lets you take advantage of weaknesses in the human psychology in order to reach a result you’re aiming for.

You might think that playing with and influencing the minds of people sounds like an immoral thing to do, and in most cases you’re right. However, if you use scarcity correctly within your marketing efforts, it can be both ethical and truly helpful for your blog readers.

I do not condone using any techniques demonstrated on this blog for questionable or unethical purposes. Focus on helping your readers and reap the long term rewards. Please, for your own sake, don’t ruin your hard earned reputation for a quick buck.

Human Psychology: The Fear of Missing Out

So what exactly is scarcity marketing anyway? Simply put, it’s a technique aimed to take advantage of a psychological state known as the Fear of Missing Out (FOMO). It’s the fear of no longer having the freedom to make a choice of our own.

To put it in another way, a product tends to be more attractive the less it’s available.

If this is still a bit confusing for you, don’t worry. The following sections will hopefully make it all seem a lot clearer.

In her book, Psychological Reactance: A Theory of Freedom and Control, Sharon S. Brehm demonstrates how barriers in front of something desirable can have an effect on the human brain. In fact, experiments were made on toddlers to demonstrate this.

Don’t worry. It’s not as horrifying as it sounds.

Basically, the process was that two toys were placed on the floor in a room. One of them was placed free-standing in the room, while the other one was put behind a plexiglass barrier.

Toddlers were then free to touch whichever toy they wanted to. Surprisingly, the toy behind the barrier turned out to be the most attractive to the children.

The human mind is quite peculiar in that sense. If we’re not able to freely choose to have something, we desire it even more.

Another fairly known scarcity demonstration is the cookie experiment. This is actually one of my favorites, because it shows so clearly how we react when we’re faced with a risk of missing out on making our own free choices.

In this experiment, the subjects were instructed to pick a cookie from one of two jars. One of the jars had a significantly lower amount of cookies than the other, creating scarcity.

This is a prime example of how we act based on the fear of missing out. If other people are getting those limited cookies, we don’t want to be left out. By God, we’ve gotta make sure that we get our paws on some of those (absolutely) tastier cookies too!

So we know that scarcity works. But how do we implement it into our marketing campaigns? Well, let’s start by looking at the rarity technique.

Rarity is the concept of something being limited – only available to very few.

Limited edition products and collectibles are two great examples of this.

Let’s say a limited edition of a music album is printed in only 100 copies. After those 100 copies are sold, there will be no more of them printed.

Share this information with a consumer who’s genuinely a fan of the album or artist, and chances are that FOMO kicks in and leads him or her to purchase one of those copies.

Making a product unavailable for consumers who aren’t part of a specific group of people is a way of making the product exclusive.

This could mean upping the price to a point where only a handful of people can afford it, or offer the product only to people who sign up to your newsletter.

Generally in life, excluding people is wrong and you should feel bad for doing it. But when it comes to marketing, it’s highly effective and will very likely make sure that the fear of missing out is triggered among readers on your blog. Besides, giving an incentive to sign up to your newsletter/e-mail list is never a bad thing! 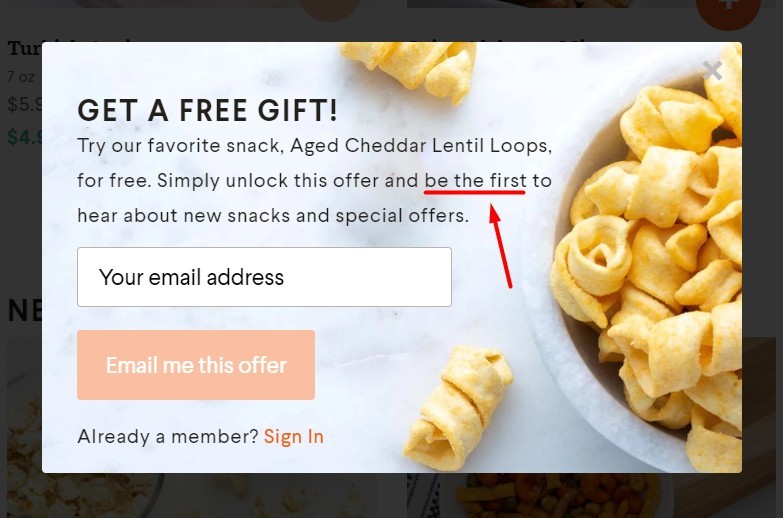 Another way you might get consumers to take action can be to limit the time of the offer. Urgency is one of the more popular scarcity methods currently being used, both online and offline.

I can almost bet my apartment on that you’ve seen this technique used somewhere before. Usually there’s a timer counting down, close to an announcement claiming something in the lines of “Offer Expires in: ….“, or as in the following example, “This offer will stay valid for …“. 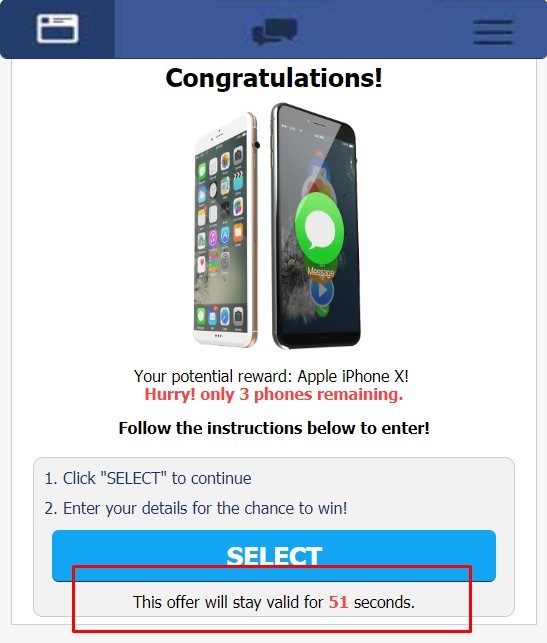 Urgency tends to up the conversion rate well if the offer is attractive in the first place. There’s something about this sense of “get it now or lose it forever” that makes us take action in an almost “panicky” fashion.

Nevertheless, 9 times out of 10 it’s highly effective and I recommend that you test this method out whenever you get the chance.

Popularity based scarcity marketing is based on demand being larger than the supply. It plays with the thought that other people are receiving something, while you run the risk of missing out unless you act quickly enough.

A great example is one of those days when Apple decides to release a new model of their iPhone. Have you seen the lines formed outside of their stores? They’re insane! Why are people practically camping outside the stores? Because the iPhone is an incredibly popular product – and everybody wants it.

People know this, so they queue outside the stores for hours to make sure they don’t miss out on getting their very own brand new phone.

So, how can we apply this to our marketing efforts online?

Well, I actually like to combine two “tricks” or whatever you want to call them.

First, make sure people see that the supply is limited. (for example, “64/100 remaining” or “few remaining”)

Then, to boost the FOMO effect a little more, display orders in real time. There are scripts for this, and in most cases you’ll see a popup in the bottom of the screen claiming something in the lines of “John in Houston has just ordered X product”, “Susan in Fresno has just ordered Y product” etc.

This lets people see that orders are constantly being placed and if they don’t act fast enough, they WILL miss out. 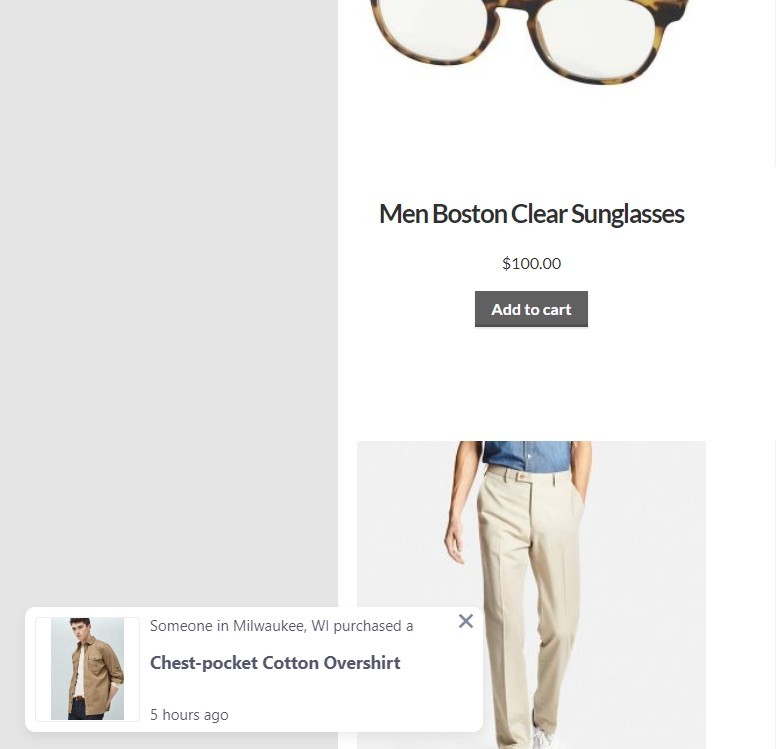 You know, sometimes you can boost the attractiveness of a product a bit by working with scarcity around it, rather than directly on it.

What do I mean? Well, take 1-day shipping for example. Offering 1-day shipping is basically a way of telling the consumer “if you want X by tomorrow, you need to order it NOW”.

While the offer of 1-day shipping isn’t directly related to the product itself, it still generates scarcity among customers who wishes to receive it as fast as humanly possible.

So you’ve been made familiar with techniques regarding scarcity marketing and I’ve shown you some real-life examples.

The good news is that these techniques really work. (when used in correct context, of course)

If you’ve not implemented any of these yet, my recommendation is that you do. So run some A/B tests, wait for statistical significance (this is crucial) and let the results tell you whether you should keep the scarcity on your page.

Ignore these techniques and you’re running the risk of missing out on a lot of money. (See what I did there?)

If you have any questions or just want to express your opinion on this post, leave me a comment below and I’d be happy to get back to you!

I teach people how to blog their way to a full-time income online without getting ripped off in the process.

Like most people who try to make money online, I've wasted way too much money on shady products that never worked.

Luckily, I eventually found the necessary training I needed in order to set up my very own online business.